Join the fight against Covid-19 in India. Check the resources we have curated for you here.https://fightcovid.cutshort.io 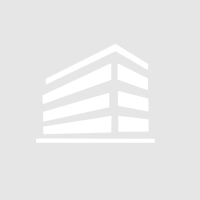 Happy Reliable Surgeries Pvt Ltd (HRS Navigation) started in 2015. It is India's first and only company to develop high tech surgical navigation system for highly complex Brain & Spine surgeries. Our products directly compete with world’s biggest medical devices companies. We are proudly one of the few global companies who have capabilities to develop Computer assisted and Robotic Assisted surgeries products. R&D Centre is based at Bangalore. It has been started by Ex of a global medical device company. It has been incubated & mentored by IIM Calcutta.

Why Do We Exist: - Currently all hi-tech medical devices are imported. Which leads to very high cost of healthcare & non reachability to common people. Our Purpose is to make premium healthcare affordable & accessible by continuous innovation for our people. We want to make India Proud. 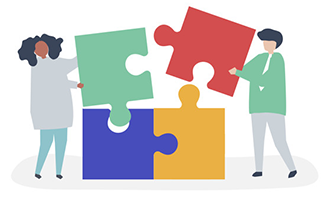 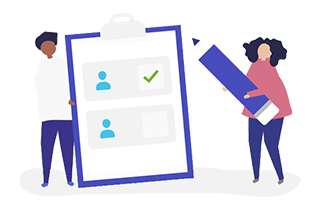 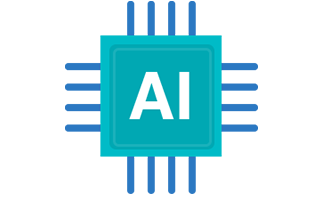 VIDEO EDITOR   Tesseract Esports is looking for an experienced Video Editor to provide to provide digital content such as frag movies, hype videos, highlights and various ancillary content for Esports. This role is responsible for pre and post-production of all video deliverables. You will interact with creative and broadcast teams and other client staff to produce the deliverables for internal and external use.  About Tesseract Esports Tesseract Esports was founded in 2015 with an intent to elevate and transform the nascent gaming scene in South and Southeast Asia into a high profile and professional esport. We played a pioneering role by being the first to launch and introduce mobile esports in the region. We were also among the first to produce the biggest and most successful esports events and gaming activations in India at an unprecedented scale, paving the way for the growth of esports in the country.   We have since gone to partner with game publishers, developers, brands and media platforms to produce large scale esports events and engagements and become one of the leading esports production houses in the Asia-Pacific. We have worked with Qualcomm, MPL, Tencent Games, Razer, Garena, Acer and several other partners on many successful live and online esports activations. We are a growing team of highly skilled and passionate individuals focused on delivering the best competitive experiences. We are headquartered at our state of the art production studio in Hyderabad, India which also happens to be the largest esports facility in South Asia. You are good at (Technical skills)   Adobe Illustrator, Photoshop, After Effects, Premiere Pro, Da-Vinci Resolve etc. Ability to storyboard and narration. Strong sense and understanding of Colour and Composition in film making. Strong technical understanding on digital film making. Ability to conceptualise and communicate design ideas clearly. Deliver ideas using Quick mockups and prototypes.    You will be responsible for (not limited to)   Create evocative videos for various digital mediums. Participate in conceptualising sessions and put forward holistic ideas. Coordinate with other designers and deliver consistent visuals. Manage and adhere to timelines. Collaborate with other team members to ensure all requirements are met with designs. Handle multiple projects at a time. Highly collaborative and can work well in a fast-paced team environment.    Your experience 3+ years in the related field.   Your academic qualifications We prefer an inspired mind over an academic qualification.   What we will be excited to see in you (Technical &amp; Non-technical skills)   3D software’s such as cinema 4d, blender, 3DS Max. Video editing software like Premier Pro, Da-Vinci resolve. Ability to lead and build a design team. Self-learning.    Employment Type Full-time

Work within existing brand guidelines to design new visual elements, as well as select and use stock photography Use animation and other interactive elements in a meaningful and tasteful manner where needed Be a strong collaborator and partner for internal stakeholders, making recommendations and driving design solutions Supports senior-level designers by implementing primary design direction and incorporating the best design and technology practices to provide cohesive support of overall creative strategies Capable of playing an active role in brainstorming and idea generation with senior members of the creative department to conceptualize world-class, innovative ideas that deliver successful solutions Proactively research and pursues ideas for professional development Present your ideas and designs internally with clear communications Create and maintain a design system that delivers a consistent and on-brand experience throughout all of our digital products QUALITIES AND CHARACTERISTICS At least 2 years of experience in visual, graphic design, and/or advertising Exceptional design aesthetic, variations on styles, and awareness of design trends and innovation Strong understanding of hierarchy, typography, balance, color use, and white space Strong understanding of design and technical capabilities/limitations of leading email and browser technology Strong organizational skills and extreme attention to detail Link to an online portfolio that clearly demonstrates the compelling and varied digital design, conceptual thinking, and a refined aesthetic sensibility TECHNICAL SKILLS Proficiency with animation, GIF, motion graphics, and video editing Must be fluent in Adobe Creative Suite as well as Google Drive, Docs, and Slides Experience with Keynote and/or Powerpoint is nice to have

Job description – Bachelor/Diploma in Fine Arts or Multimedia Institution. Experience of 6+ years as Sr. Visualizer or Art Director in Creative/Ad Agency or Digital Agency. Hands-on experience in Photoshop, Illustrator, InDesign &amp; CorelDraw. Able to understand the brief of the client &amp; transform them to tangible designs. Visual thinker &amp; Ideator, who can come up with concepts and ideas in a very creative and innovative manner. Should be able to guide the Junior Designers &amp; A excellent team lead. Experience Digital media Comfortable on both Windows and Mac. Experience – 7 to 8years Salary – 50 to 60 pm

Job Description:  Visual Artist – Motion Graphics Designer and Illustrator Location: Chennai Job nature: Permanent Full-Time We are looking for a  visualiser who can support the marketing team in conceptualizing and creating impactful videos and static illustrations for Bhumi. What You Will Do: Conceptualize and design video collaterals and illustrations for marketing campaigns and other internal requirements Perform storyboarding, editing, composting, rendering and other post-production processes Understand the unique needs of each requirement and suggest relevant video styles based on the channel and campaign objectives Work on designing marketing and brand collaterals for the digital and print mediums Discuss briefs with content owners, produce visually appealing motion graphics, animations and illustrations Work collaboratively with communications team, volunteers, employees as per the need Manage projects from start to finish across a wide range of media, meeting deadlines and working with constraints efficiently What You Need Bachelor’s degree or certificate in designing and video production will be preferred Strong portfolio to showcase creativity and ability to tell stories through illustrations, videos, motion-graphics and editing skills 2+ years’ experience in creating illustrations and motion graphics Demonstrated ability and working knowledge of Adobe Creative Suite or similar design / video editing tools Other Information: Reporting to: Director, Communications Scope: Full time Remuneration: CTC 4-6 Lakhs p.a. based on the candidate’s profile Expected Joining Date: Immediate We are looking for someone who is committed to Bhumi for at least two years.

Ideate and create concept storyboards   Conceptualise and present ideas as per the brief   Pick and arrange effects, music that adds to the narrative   Shortlist visuals and footage to be used in the video   Collaborate with internal stakeholders to create videos for all marketing and product needs.   Reorder and fine-tune content to ensure logical sequencing and smooth running of the video and time constraints are incorporated   Improve and correcting lighting, coloring and faulty footage &amp; sound   Create transitions, titles, graphics and other supporting materials for the video   Work closely with producers, directors, external vendors, motion graphic designers and learning managers to present a final product that matches the overall vision   Take ownership of post-production management of assets and deliverables, channels &amp; maintenance

The purpose of this job is to ensure that the brand image is maintained through the various different collaterals and creatives made for the brand Ensure the brand image is maintained through various collaterals Execution and quick turnaround of collaterals as required by the marketing and sales teams including advertising collaterals, primary packaging, secondary packaging, brand collaterals in-store and otherwise, online banners, etc. Guiding outsourced digital marketing teams on design aesthetic and brand DNA Supervision of printing of packaging material and coordination with vendors for the same e.g. to ensure that colors on the screen are printed on physical labels etc. Education Qualifications: Minimum Graduate, Design Course diploma or degree preferred       Experience &amp; Skills: Minimum of 2-3 years of work experience in accounts Deep knowledge of software like Adobe Photoshop, AI, etc. A keen eye for design, colors and aesthetic Ability to communicate strongly Hindi and English   Previous FMCG, consumer goods or packaged products is preferred

About Us: Kreativ Street is a marketing agency for the digital age, run by a team of highly passionate young people born and brought up in the era when digital grew. This gives us the ability to understand today’s digital environment better than anyone else. With Kreativity at our core and data on our minds, we help brands stand out on the digital medium. ​Expertise for Video Editor - Well versed with Adobe Suite and FCP.

Responsibilities: Work closely with the tech and marketing teams to ensure the feasibility of visual concepts and the fidelity of the final output. Collaborate with our tight-knit marketing team to produce a wide variety of collateral including AD campaigns, landing pages, digital collaterals, presentations etc. Craft interactive visuals inline with the business/project goal and strike. The right balance between business, design and improving the user experience. Develop high-level and/or detailed storyboards, mock-ups, and prototypes to effectively communicate design ideas. Manage the quality of design throughout all phases of a project. Requirements: Knowledge of user interface design to create visuals for new features. Strong eye for detail and experience in producing clean, consistent graphics. Up-to-date knowledge of latest trends in design (web and offline). Mastery in using tools like Adobe Photoshop, Illustrator, CSS, etc. Understanding of print design.